Becoming a Business Coach is a Journey

Looking back, my journey to becoming a business coach began at the time when I bought a franchise business. Many business coaches seem to choose their path whereas I became absorbed over time and it became my passion. Everyone’s coaching journey is different. 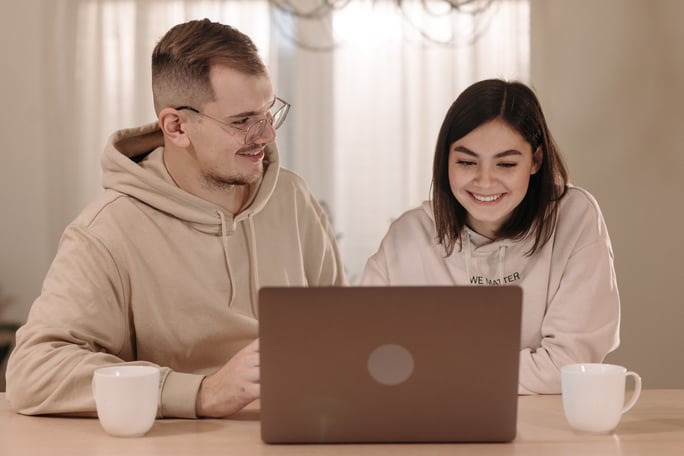 My wife and I started a very small franchise with a four-wheel drive accessory company. At the time, the group only had four or five stores. Like any growing business, we had all the normal teething problems that I often see now with my clients. Navigating these growing pains means that I am able to talk from real experience when my clients face challenges like having to put wages into credit cards in order to pay staff. It is never a bed of roses and I understand that.

About six years after buying that first store, we had the opportunity to buy out the franchisor with two other franchisees and we got to grow the business together. I transitioned more into the franchise side of the business. I traveled for two or three weeks of the month assisting with recruitment, training and generally supporting the other franchisees. The business grew and eventually, we boasted 30 stores around the country.

Coaching by another name

It was in that role as a franchisor that my coaching journey really started. I was effectively coaching our franchisees but it just wasn’t called coaching. I discovered I had a passion for that and for helping other people to grow their businesses into sustainable, self-supporting organisations that could work for the owners rather than the owners working for their businesses.

In 2007 came the opportunity to sell the company. We were at a tipping point. We had started a franchise, grown that to be the number one performing store in the group, bought the franchise group, and grown it to 30 stores. It was successful enough that someone else wanted to buy us out. It was time to tackle the next opportunity. I thought “what next” and I realised it was coaching. 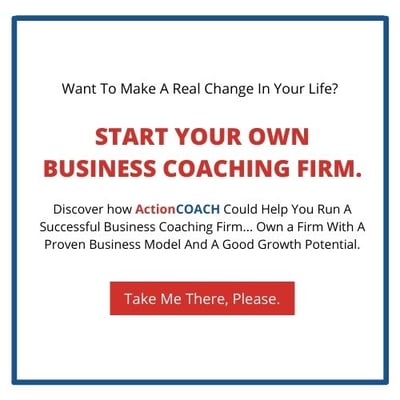 I met with a friend who is also a business coach while we were on holiday in Sydney. Before we knew it, he was directing us to an ActionCOACH team two kilometers from his office. We weren’t dressed for an interview but we went, and in less than a month we had signed up and were on a plane to Las Vegas for training. It was on impulse that we went for that interview and we made a very quick decision but sometimes you get those business opportunities when you know the time is right. The time was right and so was our decision!

ActionCOACH is about people and community

I am a strong believer in buying franchises and franchise systems so, I knew without a doubt that my move into business coaching would be in a franchise. To me, a driver of being part of a franchise is to be part of a community, and to be an active part of the community – not simply be somebody sitting in the background, taking rather than giving. This is what attracted me to ActionCOACH. The active community that we have got is most certainly one of the highlights of the franchise.

It is franchising on a different level. When we talk about 1 000 coaches in 80 countries, it is significant. ActionCOACH has pedigree and credibility. Importantly, as a new business coach in Australia, ActionCOACH has a powerful coaching model and tremendous support. I had a really good team of senior coaches. Amongst them were Steve Kay and Si Harris. To have them mentor me was a really good kickstart. This level of support is not always evident in other business coaching franchises. If you are considering signing on with a coaching franchise, you must take a very close look at the coaching model, the systems they have in place, and the support and mentorship that will be available to you.

How to become a business coach? I took to ActionCOACH like a duck to water. Making a success of it is easy if you follow the system. The system is there. It is a winning formula. Use it! Do the 10 by 10 and also keep a consistent level of marketing until you have at least 12 clients. This is key!

Coaching is a passion

Be clear about why you want to get into coaching and once you are in it, don’t lose sight of why you chose this path. You must have passion. Coaching is about growing people and getting fans out into growing better communities. It is about helping people with big dreams that they can't even see at the time. It is about getting young couples to understand what they're actually worth in business and what they can charge. It is about showing small business owners how profitable they could be.

Each of our coaching journeys is unique but for all of us, the rewards are the same. To see a client able to take a dream holiday while their business continues to run, another purchasing their own business premises, and another able to step away long enough to pursue other ambitions is all the reward we need. Remember that the outcome of making your client’s business work is always better business for you.

Transform your business with ActionCOACH's 6 Step methodology. From boosting cash flow to increasing efficiency, this e-book gives business owners the tools they need to elevate their business.